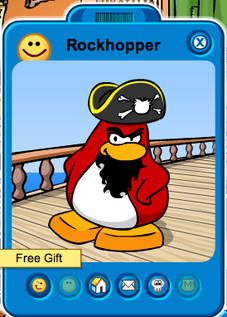 Rockhopper was the first mascot introduced in Club Penguin. He always brings a

free item every visit he makes. You can also get a collectible background and

stamp as a reward for finding him. He is the founder of red puffles and keeps

one for himself called "Yarr".In the Club Penguin Mascots page, Rockhopper

comes to the island about every 2 months. Rockhopper has been spotted at the

Iceburg, around his ship, Cove, Pizza Parlor, Plaza, and the Forest. 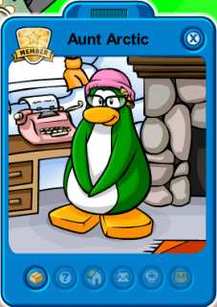 Aunt Artic is the chief editor of "The Club Penguin Times." It started in May 2006.

out backgrounds on certain occasions. Sometimes you may submit your igloo for

contests for your igloo to be featured on the "Club Penguin Times". 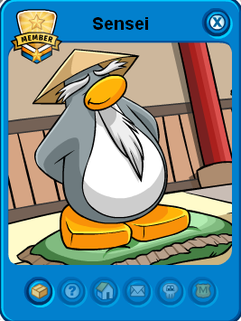 He currently runs the Dojo, Fire Dojo, and the Water Dojo. He sometimes

comes out of those dojos for the opening of another dojo. Having to be

first called ??? and a player cards of a penguin shoveling snow he finally

opened the Dojo. You can also get a background from him when you've met 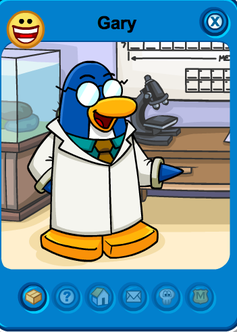 working on a mission. He usually invents stuff for you to use. Sometimes he

comes out and has a blast! You can get a background of him and hang out.

He invented most of the Club Penguin games including, Aqua Grabber,

Pizzatron 3000, Jet Pack Adventure and also made the clock in the Snow Forts. 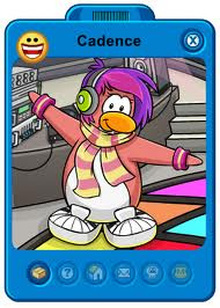 DJ Cadence can be usually seenn in the Dance Contest Game. But sometimes,

everyone around her. She is a proffesional dancer and was introduced in January

The Penguin Band was originally just a 3-way band. Then Franky

Petey K plays he accordian and Franky plays the keyboard. Along side

of the other mascots, Each Penguin Band member passes out 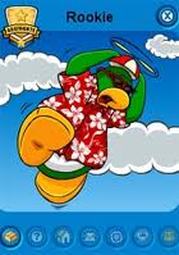 Rookie is somewhat of a clown and was introduced April of 2011. He could be seen

working for the Elite Penguin Force, but decided to become a mascot. He also passes

out backgrounds. He usually makes mistakes and always wears a proppeler hat. 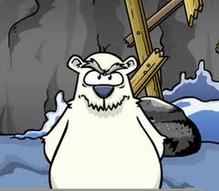 Not yet having a playercard or even passing out backgrounds, he wants to turn

the island into a warm tropical island, and is wanting to defeat the Elite Penguin

Klutzy saved Herbert and the island from sinking! Having to be a partner of Herbert he also

has a heart. Nothing is really much none of Klutzy but he can be seen in System Defender. 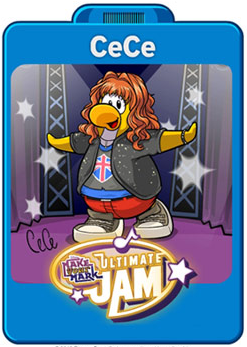 Introduced in the Ultimate Music Jam, Cece Jones waddles around the island,

and you can unlock her signature dance moves! 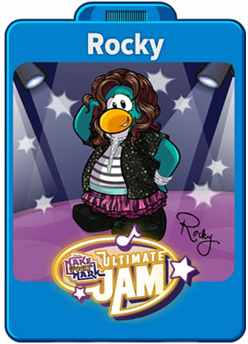 Also introduced in the Ultimate Music Jam, Rocky is Cece's best friend, and you

can dance like her when you unlock her signature moves. 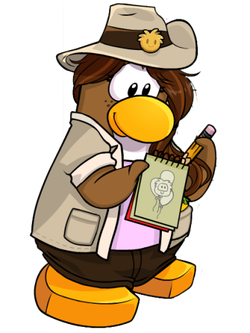 She handles your puffles, she gives you a introduction when you first get a

puffle, you can find her on the island during certain occasions.